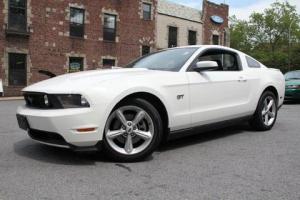 Let me tell you guys something: I am a top-notch driver. I’m right up there with the driving legends: Dale Earnhard, Ayrton Senna, Jacques Villeneuve, and myself. Really, when I’m on the road, there’s almost no fear of an accident–people see me and immediately become better drivers. They strive to be me. It’s understandable, really. When you see that guy next to you running .3mph faster on the treadmill than yourself, what do you do? You strive to achieve his greatness (and then push it up another .1mph, because fuck him [which, in turn, causes him to do the same, resulting in an unending speed increase and/or death]). It’s the same idea with me and driving. As you can guess, I was quite surprised when I almost had an accident today.

It happened at around 4pm on Towson Town Road, between myself and a young gentleman.

I was pulling out of some road, preparing to merge onto another, and I was patiently waiting for my turn to enter the traffic. I was practicing all the proper rules of driving–checking my mirrors, fastening my seatbelt, turning my car off when stopped to support the environment, returning my tray-table and seat-back into their full and upright position, and so forth. If a cop had been chasing down a murderer and was right on his tail, he’d probably stop what he was doing and give me a ticket for being too perfect.

As I remained in my safe position, waiting for my moment to enter the traffic securely and calmly, I noticed a break in the cars a bit up the road. There it was, the perfect entry point. Not too wide, and not too small. Just large enough for me to sneak on in and move with the vehicles, like a stealthy panther driving a car and merging into traffic. I waited for my moment, then pounced when it came. I applied exactly 14.32 pounds of pressure onto the gas pedal and began rolling. It was seamless, going exactly as I had planned. Then it came. A car’s horn echoed through the silence (I don’t listen to music when I drive because it distracts me from my surroundings, and inhibits the amount of animal noises I can experience while in my car). I checked my rear-view mirror once more, only to find a blue car three inches from my bumper. I was shocked. I had almost caused an accident. He honked again.

This is the part where I may have slipped up in my understanding of driving rules a bit. You see, after his second honk, I felt as though his point had been made and that, perhaps, I may have merged a little too quickly. I decided, however, that he was being helpful with his auditory message, and so I honked back to show my understanding, and then offered him my middle finger, so as to say “Thanks, man. You’re #1!” This made him angry, for some reason. I am not sure why–perhaps he misinterpreted my friendly honk and peace offering. He slammed on his gas pedal (which upset me, as this is not safe driving–please do not do this) and sped to the side of me. He glared at me. I, again, assume I mistook this reaction and may have responded incorrectly. I thought he was attempting to make a funny face to show his acceptance of my offering, so I bit my lower lip and scrunched up my face in response.

At this point, I was sure that we were on the same wave-length. He proceeded to give me the same “Thanks, man! You’re #1” message I had given him earlier. I smiled and blew him a kiss, so as to tell him that I was fond of his response and was also pretending to be a foreigner who kissed people a lot. I grinned, knowing I had done well, and returned my gaze to the traffic, which had began moving now. But, alas, it was not yet over.

The man in the car next to me motioned for me to lower my window. I obliged and, with a smile, asked him how his day was. His response is what truly confuses me over this whole ordeal. What I expected was, “It’s going quite well. I’m glad we were able to work out this minor inconvenience in driving maturely and safely. I’d like to buy you some coffee sometime!” In fact, I expected it so much that I responded, “I’d love to!” before his real response made sense to me. What he yelled was not quite the same as what I had imagined. He said, as I looked at him smiling and enjoying the sounds of nature, was “Fuck you, faggot!” Then he sped away as his lane had began moving.

I’m not sure where I went wrong here, but it seems as though, for the first time in my life, I may have confused someone as a result of my less-than-perfect driving. My streak has been ruined and I’ve experienced the pain of knowing that I’ve given someone the wrong message. If only I could go back in time and tell him that I only blew him a kiss to let him know I was pretending to be foreign, that I only raised my middle finger to show him that he was #1, and that my horn was a sign of acceptance and respect. But, it is too late. Today, I made a mistake, and now some man wants to have sex with me because he thinks I am gay.

One response to “I almost had an accident today.”