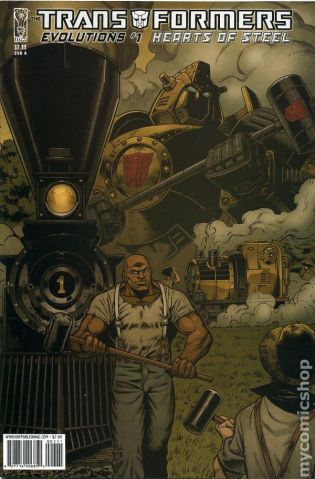 I believe this is an exact portrayal of the Industrial Revolution.

There have been several time periods throughout history, upwards of fifty I’ve heard, but the industrial revolution was, without a doubt, the crappiest.

I’m not going to pretend I’m some kind of scholar on the Industrial Revolution. In fact, I wouldn’t even go so far as to say I know much about it at all. Really, even that might be too much. What I am, however, is an expert on things that are terrible. For example, I am not only an owner of Snooki’s “novel,” but I also recently watched the Director’s Cut of Transformer’s 3: I Don’t Even Know Its Full Name. Although I’m no Industrial Revolutionary—which I assume is what the subject’s experts are called—I am certainly qualified to know what is, and what is not, shitty.

The industrial revolution was a steaming pile of crap on what was otherwise a near blemish-free history (aside from all the blemishes).

Let’s begin with the obvious: the Industrial Revolution influenced modern culture more negatively than anything ever. I mean, sure, one could argue that cavemen didn’t really bring about much good, to which I’d say “fuck off” (unless you think clubbing your loved-one over the head is good, in which case you’re still wrong). Cavemen brought forth one of the world’s most popular recreational activity, Grand Prix Racing. It’s a pretty well-known fact that—although I feel it is important to mention that I’ve done very little research into this1—cavemen tamed Woolly Mammoths to race against dinosaurs in what has been referred to as “Dino Grand Prix,” which later evolved into modern racing. Does that sound shitty to you? Would you rather sit through almost three hours of Michael Bay vomiting explosions onto Optimus Prime or watch a Woolly Mammoth race a Pterodactyl? If you said the former, then I’m sorry: you shouldn’t be reading this, you should be off learning how to use the potty without assistance. And if you’re wondering how Transformers relates to the Industrial Revolution, then just realize this: Transformers are a direct result of the Industrial Revolution.

I want to reiterate that I am not an expert on the Industrial Revolution2. In fact, even saying that I have grade school knowledge on the topic would be outrageously and violently incorrect. For example, until recently, I was convinced that the Industrial Revolution was a seldom-used brand of industrial-strength laundry detergent. That said, I don’t think I am being inaccurate when I say that the Industrial Revolution is the root cause of everything that is wrong in the world, including the separation of Pangaea. Let me phrase it this way: If humanity had not wasted its time creating various industrial things—like pipes and walls (again, I am not an expert)—then Michael Bay would never have been inspired to take a pen, shove it down his throat, and spew forth a series of incoherent words and scenes that only marginally fail the “can this be considered genocide” test. Without the Industrial Revolution, we would have no machinery and thus no source-content for Transformers as directed by Michael Bay.

Transformers 3 , Michael Bay’s war crime of a film, is modern retelling of the Industrial Revolution and its preceding war. As Geoffrey Miller, Age 11, of Yahoo! Answers writes: “The Industrial Revolutionary War produced the highest death toll since the meteoric destruction of the dinosaurs. The robots—or Organ-Impaired Peoples, as they were fighting to be called—virtually annihilated the human race. I’m pretty sure this is true.” In Michael Bay’s “film,” this war is displayed through gratuitous explosions and scenes that inspire traumatic episodes not unlike hysterics-inspiring flashbacks to memories of childhood abuse.

I don’t know why I saw Transformers. I don’t know what made me do it. It wasn’t like I just woke up one morning and said, “Hey, do you know what would be nice? Having Michael Bay molest and fondle my senses in the worst possible way. Wouldn’t that just be something?” No, that wasn’t at all how it went3. I didn’t know what I was getting myself into. Michael Bay just snatched up something I enjoyed and proceeded to beat me with it until everything that I’d once loved had been destroyed.

The fact that Transformers even exists in its current form stands as testament to the sheer fact that the Industrial Revolution was, without a doubt, the worst thing in the history of everything. While I am not exactly a professor on this time period, nor would I say I am particularly aware of what even occurred during that time, I am a survivor of Michael Bay’s nearly three hours of mental and physical torture. I lived through the massacre he had the audacity to call a film; I survived the merciless and inhumane beating he subjected me to. Today, I still suffer from the effects of what I was forced to endure during his sadistic torture. Although history has been rife with periods that were arguably pretty bad, the Industrial Revolution—which I assume was a period of time in which we fought a war against transforming robots—had the most significant negative impact on modern culture.

1. None, to be exact.
2. I feel it is relevant to mention that I am not exactly familiar with what the word “industrial” even means. I assume it is something to do with robots.
3. That was actually exactly how it went.